With much comment about all things Russian this week, newspapers, including The Times, have reported that a Russian submarine was intercepted in the English Channel by two Royal Navy warships.

Our Livery Company's affiliated Royal Navy ship, HMS Tyne, a member of the Royal Navy's Overseas Patrol Squadron, was again in action picking up and shadowing the Russian submarine Krasnodar, with its ocean going tug Sergey Balk in support, from the south western end of the Channel after the French navy tracked its journey through the Bay of Biscay. 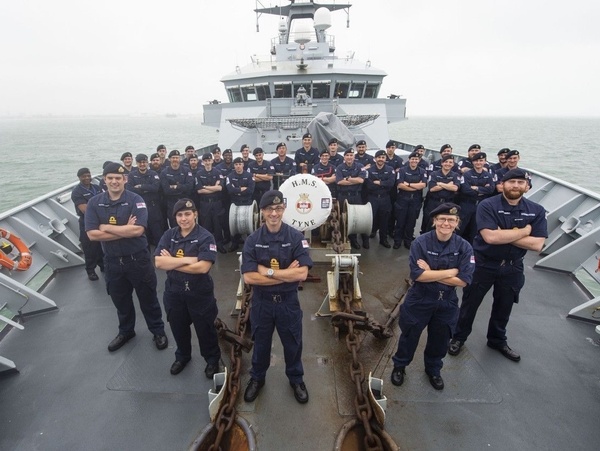 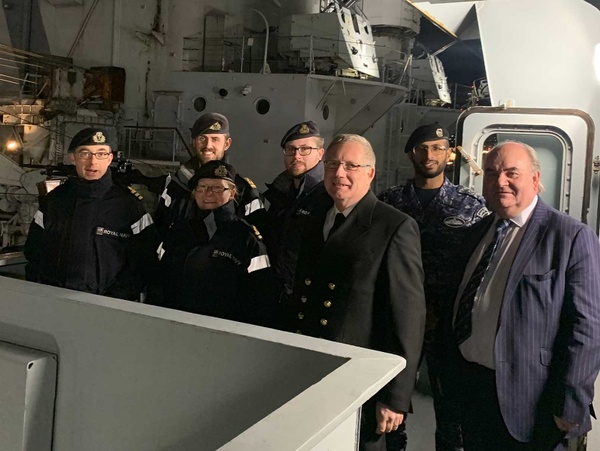 Pictured above: The crew of the HMS Tyne; The Master aboard HMS Tyne while it docked in London earlier this year.

Lieutenant Justin Shirtcliff, HMS Tyne's operations officer said: "Tyne responded in a coordinated effort with allies to shadow the Russian submarine and her escort while transiting the English Channel."

Earlier this month HMS Tyne was involved in the escort of another group of Russian navy ships, including the Vice Admiral Kulakov, a submarine-hunting destroyer.

The Master, Tim Dumenil said: "WCB is delighted to be linked with such a high profile and important affiliate. Such action shows how valuable the training Liverymen and I received during visits to the ship earlier in the year."