We are delighted to announce that Lucianne Allen and Nicola Thompson, both Liverymen of the Company, were recognised at the recent Women in Meat Industry Awards ceremony, run by Meat Management Magazine and held at the Royal Garden Hotel in Kensington. 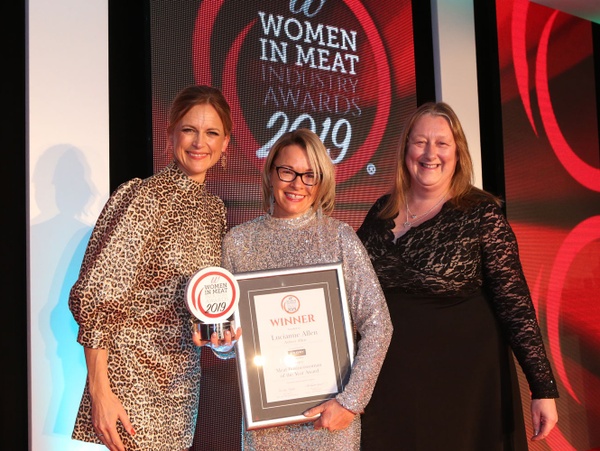 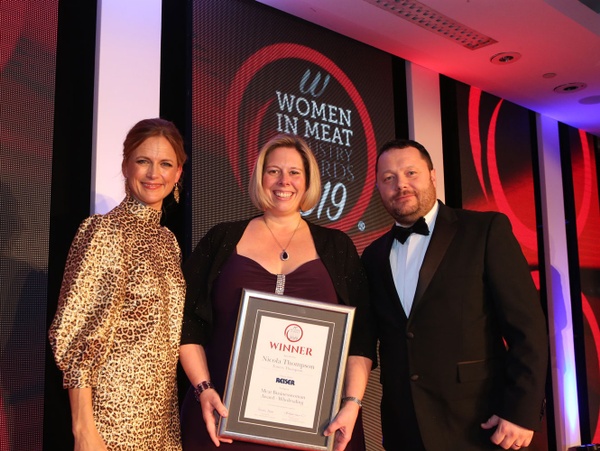 Lucianne, Sales and Marketing Director at Aubrey Allen (pictured above, left), received the overall accolade of Meat Businesswoman of the Year, qualifying for the overall prize by virtue of winning the Training and Education category in this year’s competition.

Nicola Thompson, Office Manager at Towers Thompson (pictured above, right), took the Wholesaling category in what was widely acknowledged as an extremely competitive and first class event.

The Awards Ceremony was hosted by television and radio presenter, Katie Derham with the results driven by reader nominations.

Rewarding outstanding female talent across the UK meat sector this year's awards attracted nearly 7,000 votes in the nine categories, the overall winner, taken from those categories, being selected by an expert judging panel.

Pam Brook, editor of Meat Management Magazine, herself a Liverymen, said: “In an ever changing commercial climate, it remains vitally important that we continue to move with the times and embrace diversity and the fantastic pool of talent available.”

A full list of winners can be found at womeninmeatawards.com.